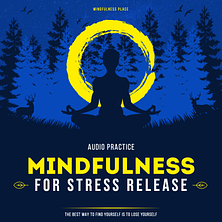 Get FREE Access
to the
Mindfulness Practice
for Stress Release
Audio

Warren Buffett is the most successful investor in the world, and he has been mega successful for over 60 years.

As we write this article, Buffett turned 90 years old, and he is the 7th wealthiest person in the world.

But what’s interesting is that Buffett has achieved all of his success not by doing more than his competitors… but by doing LESS!

For example, he doesn’t even have a computer in his office; his meetings calendar is nearly empty; he spends most of his day reading; and he prefers to focus on a few big opportunities and say “no” to all the other ones...

One of our favorite methods for focusing our attention on what matters and eliminating what doesn't - is based on Warren Buffett's 5/25 strategy.

Here's a story that demonstrates how Buffett's 5/25 rule works…

One day, Buffett asked his personal pilot, Mike Flint, to go through the 3-step exercise.

Buffett started by asking the pilot to write down the top 25 things that Flint wanted to accomplish in his life in the foreseeable future.
So, Flint took some time and wrote them down.

Then, Buffett asked Flint to review his list and rank these items in order of importance and circle the top five. Prioritizing his goals was more challenging than listing them, but Flint eventually decided on his five most important goals.

At this point, Flint had two lists:

Flint committed to his boss to start working on his top five goals right away.

And that’s when Buffett asked him, “And what about the second list - the items you didn’t circle?”

Flint replied, “Well, the top five are my primary focus, but the other 20 come in a close second. They are still important so I’ll work on those whenever I have some extra time. They are not as urgent, but I still plan to give them a dedicated effort.”

To which Buffett replied, “No. You’ve got it wrong, Mike. Everything you didn’t circle just became your Avoid-At-All-Cost List. No matter what, these things get NO attention from you until you’ve accomplished your top five.

The importance of focus

Today, most people suffer from what we call “FDD - Focus Deficit Disorder”.

Life became all about jumping on opportunities, being flexible, moving quickly, embracing change and being scared of missing out.

No wonder we often feel overwhelmed...

FDD is the number one reason why most people will never reach the level of success they truly deserve and capable of.

Each time you focus on “List B” goals - it takes time, focus and attention away from the things that are most important to you - your "Big Five".

But isn’t there more to life?

Buffett’s 5/25 strategy doesn’t mean that you will only focus on your “Big Five” for the rest of your life.

As soon as you complete one of the “Big Five”, you can add any of the goals from "List B" to the top five and start working on it.

Think about all the things you have wanted to do... Maybe:

But if until now you didn’t make real progress in accomplishing these goals - it’s a sign that these items on the list aren’t in your “Big Five”.

Do more of what matters

Time and attention are your most limited resources.

Over your lifetime, you will have more good opportunities than you realistically have time for. But it doesn’t matter how good an opportunity is, if all it does is advance a goal from your “List B“.

How to develop a laser-sharp focus... FAST!

Buffett’s 5/25 rule is relevant to your career and business goals, just as much as it applies to your health, relationships, and personal goals.

So if developing a laser-sharp focus is what made Warren Buffett so successful - how do you get your FDD under control and become totally focused?

We are excited to help you do just that with...

The Focus and Clarity Advantage Course

Right now... you can get the Focus and Clarity Advantage for a special introductory price.

During the Focus and Clarity Advantage Course you complete the assignments (each takes 10-15 minutes to do) and repeat the 13-minute audio recording twice a day to reprogram your subconscious mind to become laser-focused and gain total clarity.

Give yourself this precious gift and see how your life changes for the better.

Let us know in the comment box below if you (sometimes) suffer from FDD and in what area(s) and you can win a Personalized Affirmation for Focus and Clarity Bundle Package (value: €47)

If you find this article valuable... please take a moment to share it with your online connections...

Please log in again. The login page will open in a new tab. After logging in you can close it and return to this page.

Get Instant Access to the
Mindfulness for Stress Release Practice

We hate spam and we respect your privacy 100%. Your email will never be shared.